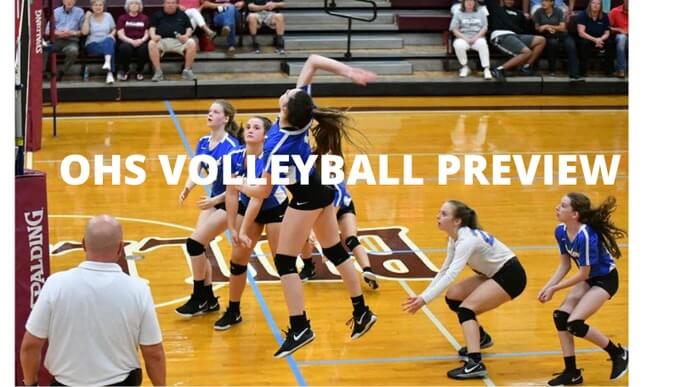 A coaching change takes some getting used to. When it happens during a pandemic and you can’t see one another, time is of the essence.

First year Oxford Volleyball head coach Ashley Martin only finished tryouts a little more than two weeks ago and practice will officially start Monday, August 10. The only times they’ve been able to get together is during summer workouts, and that was before tryouts before many of the new players that earned a spot on the team from tryouts could join the returning members of the team. COVID-19 has put a damper on all sports programs, but those that had to go through a coaching change have not had the face-to-face time, or mask-to-mask time in this case, to really install the style of play a coach likes to play at.

Personel-wise, Oxford lost four seniors to graduation from last season that went 22-15-1 and won their district with a perfect 6-0 record, but lost in the first round at home to the Lewisburg Lady Patriots in four sets. Two of those seniors routinely started as defensive specialists and the other two were in the rotation. Oxford only lost 12 percent of their kill production to graduation and returns their entire starting front row from last season, but lost 39 percent of their digging production.

Oxford’s first game of the season will be a region match at Horn Lake August 24. A complete preview of the Oxford Lady Charger volleyball season can be heard on the OLR Sports Podcast on Apple Podcasts here:  https://podcasts.apple.com/us/podcast/olr-sports-podcast/id1504787827#episodeGuid=Buzzsprout-4876115