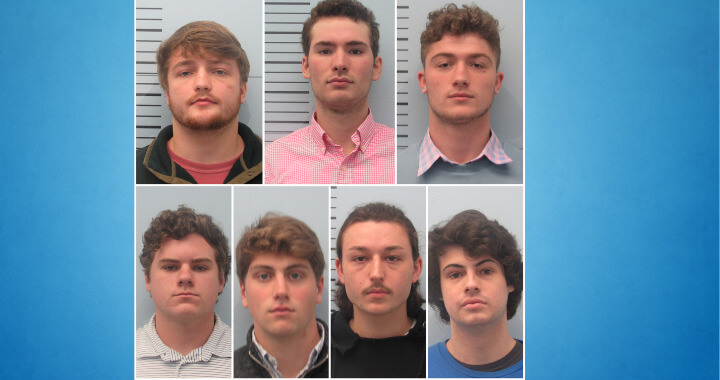 Seven members of the Pi Kappa Alpha Fraternity at Ole Miss were arrested n Cyberstalking Charges, according to Oxford Police.

The fraternity was suspended from the University of Mississippi around a month ago due to charges of excessive hazing.

On November 2nd, the Oxford Police Department took a report in reference to
cyberstalking via group messages and social media. On December 3rd, seven individuals were arrested and booked at the Lafayette County Detention Center.

The individuals arrested are: