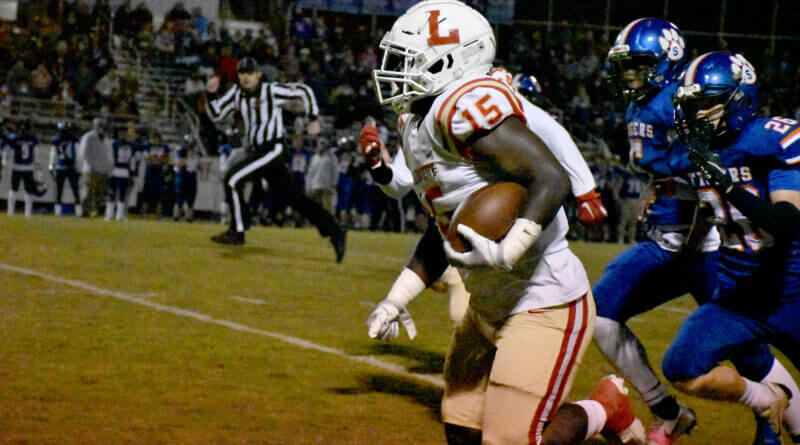 Even with one of the youngest rosters in Class 5A last year, the Lafayette Commodores again proved that they could hang with any given team on their schedule.

In the end, it was an unprecedented pandemic that stopped them in their tracks, mere days before their first round playoff matchup against Neshoba Central.

Fast forward to August, the Commodores will eventually have a full offseason under their belt with a massive bulk of their roster back. Their valuable experience and a chip on their shoulder will make them a tough out each and every Friday night.

“Things that were take for granted aren’t being taken for granted anymore,” head coach Michael Fair said. “Just to have our guys together in a team setting or a large group in the weight room has been a lot of fun. We are getting a sense of normalcy. They need to be ready when their number is called. You never know when that game is coming. These Lafayette kids are always looking for an opportunity, not just when bad things happen.”

Because of this, Will Dabney will have his long awaited opportunity to lead the Commodores at quarterback after previous experience at tight end and punter.

“Will (Dabney) has been on our radar for years now,” Fair said. “We’ve always seen his potential and thought of him as our future at quarterback for some time. Will has great skillset, big kid, physical. He can run, has a strong arm and makes good decisions. It’s not like we’re bringing a kid off the street to play quarterback for us this year. He’s going to be ready.”

What will also help that is the return of Dan Werner to the high school ranks as Lafayette’s new quarterbacks coach. The former North Delta head coach is coming off stints on the offensive staffs of Ole Miss and South Carolina with nearly 40 years of coaching experience on his resume.

“It’s amazing. He’s such a special person and that’s how he’s been able to make this such a smooth transition,” Fair said. “(Werner) can coach football to anybody. He develops a relationship with everyone he’s around. These kids just gravitate towards him.”

Jason Russell left the coaching staff in the offseason to take his first head coaching job at Olive Branch, causing Jamie Everett to switch his coaching duties over to the offensive line. The unit returns almost everyone from a year ago and is expected to take the next step going into 2021.

“There’s a confidence in that group,” Fair said. “They know how tough our schedule is so these guys are ready for the challenge. We’ll go as far as this offensive line will go.”

Last year’s leading receiver Kylen Vaughn is back along with leading rusher Jay Reed, both of which have improved over the offseason according to Fair.

The Commodores also have an experienced and talented defense back in the fold. Last year’s unit proved to be among 5A’s best while the offense gradually found their footing.

“They really carried us last year,” Fair said. “I felt like the front was the heart of this team last year. We have a lot of guys we’re excited to see go out this season and get the job done.”

Those guys on the defensive line include Derrick Burgess, Jamari Logan and Alex Jones. At linebacker, Mario Wilbourn is expected to have an incredible senior campaign accompanied by D.J. Burnett.

Right off the bat, Lafayette will be tested with four straight 6A opponents in Tupelo, Horn Lake, Southaven and crosstown rival Oxford respectively. The toughness doesn’t end there. Region opponents West Point and Lake Cormorant are expected to be strong again in 5A. Regardless, the sheer firepower and experience coming from this year’s Commodores will make them a tough out once again.

“We need to be playing full speed by the time we get to region play,” Fair said. “You have to schedule tough opponents to see where your team is at. Our kids are excited. The talent in this district is phenomenal. The coaching is special too. Rarely will you find a kid in this region out of place. These are skilled athletes. Whoever win our district should have a deep run in the postseason.”

After hosting only two games a year ago, William L. Buford Stadium will play host to Tupelo to begin the 2021 regular season.