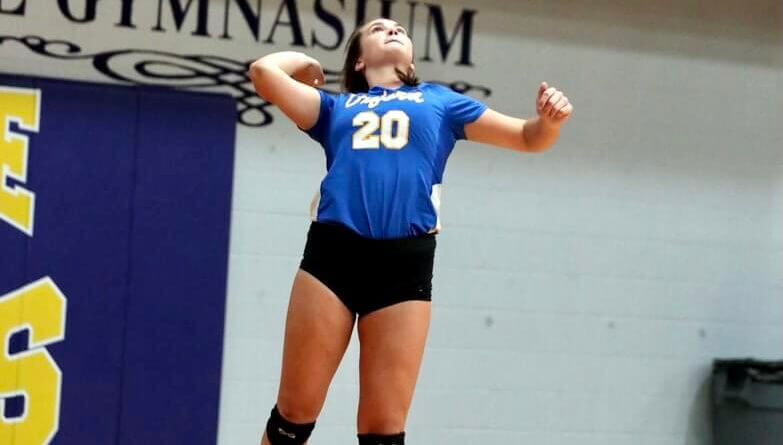 The Oxford Lady Chargers were 18-10 last season and dropped their second round home playoff game to the eventual state champion Desoto Central during an unpredictable 2020 season. A coaching change before the summer started didn’t help matters much.

Now that second year coach Ashley Martin had a full offseason with no major COVID-related interruptions, the results of that full offseason is an 8-0 start and haven’t dropped a set out of 19 played. That’s including against teams like Lewisburg, Desoto Central, Lake Cormorant, New Hope, and Tupelo where Oxford went a combined 0-8 last season. It also helped that with no seniors on last year’s team, the whole team returned and are now buying into Martin’s system and rhythm.

“We got to pick up right where we left off,” Martin said. “As soon as we were able to get the team back together right were we left off in this gym and go back to what we were working on as soon as the season ended.”

Another sign of the team’s early success is the player’s desire to get better, without having any assistance from a coach. Martin noticed during a bus ride back from an away game, the team had gotten their iPad out to watch the film of the match they had just completed even though the team swept the defending 6A state champions.

“We’re talking about what it means to be a team and they’re really buying in to what it means,” Martin said. “They’re really sticking together through adversity and changes. I think that we’re doing all the right things that we’re supposed to be doing right now. On the way home (from Desoto Central) the film wasn’t even posted yet and the girls were passing around the iPad looking at what they did wrong after sweeping Desoto Central.”

“She’s has a lot of leadership,” Martin said of Bianco. “I know I can depend on her. If I need her, I know I can call her and say ‘hey, this needs to happen right now, I need you to make sure this is taken care of’. Our senior group is great. They’re all awesome. The seniors have really been awesome for this team. We developed a leadership team this year and everyone is developing leadership qualities so when those seniors graduate there isn’t going to be a gap, they are going to pick right back up where these seniors left off.”

Oxford will continue their dominating march into Division 3-6A play when they host Starkville Tuesday. JV starts at 5:00 p.m. while Varsity starts at 6:00 p.m. after the JV match is completed.