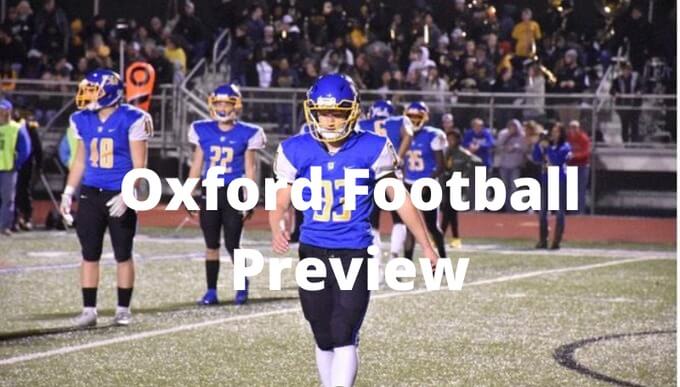 Since the Oxford Chargers won the 6A State Championship last December, they have gone through what most of the rest of the country has gone through. They did not have a spring practice, they couldn’t do their normal 7-on-7 weekly summer games, and they had to pretty much stay home.

The things that stayed the same though as a defending state champion is that they will have the target on their backs as the other 30 6A schools still playing are looking to dethrone the Chargers, especially the likes of Starkville, Madison Central, South Panola, Pearl, Petal, and Oak Grove whom Oxford defeated in Hattiesburg eight months ago.

If Starkville has a chance to dethrone Oxford themselves, it will have to be in the playoffs as the MHSAA cancelled the first two weeks of the regular season, including the annual Little Egg Bowl that was supposed to be held August 28. Starkville may still have the Little Egg Bowl trophy, but Oxford won the more important meeting during the playoffs at Bobby Holcomb Field last season.

For the Chargers to defend their title, they will have to replace 75 percent of their total all-purpose yards gained from the 2019 squad, including the 1,230 yards from all-purpose player J.J. Pegues and the 1,018 rushing yards from quarterback John Meagher.

For special teams, Jack Tannehill will be looking to improve on his 51 percent touchback percentage from last season, where 41 of his 81 kickoffs found the end zone. Tannehill has 13-for-18 last season kicking field goals with a long of 48 yards which he achieved against Warren Central last season.

Oxford’s games at Northwest Rankin August 21 and against Starkville August 28 have been cancelled by the MHSAA due to the COVID-19 pandemic. Oxford’s first game of the season will be September 4 at Grenada. Oxford’s regular season will include five home games and four road games this season. The Chargers have a bye week September 18 and according to head coach Chris Cutcliffe, he is not actively trying to fill the bye week with another game.

A complete preview of the Oxford Charger football season can be heard on the OLR Sports Podcast on Apple Podcasts here: https://podcasts.apple.com/us/podcast/episode-6-oxford-football-preview/id1504787827?i=1000486018384