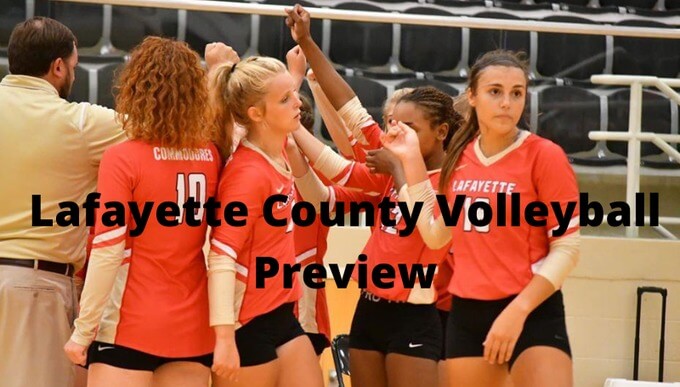 First year Lafayette Volleyball head coach Kelsie Poole has been waiting patiently for this opportunity to finally lead a program.

She had been jumping around the area schools before landing at Lafayette. Poole has been at South Panola as an assistant Girls Basketball coach and then came to Oxford High School in 2018 to assist in their Girls Basketball program along with a couple other sports including middle school volleyball, but when the opportunity to become a head coach came in June 2019, she could not pass that up.

Former Lafayette Volleyball coach Clint Jordan spent the last six seasons as the head coach, but he is also an assistant principal at Lafayette Middle School, and the higher-ups in the Lafayette County School District didn’t want to see that, so the plan was put into place last summer so that Poole could ease into the head coaching position while Jordan stepped down to focus on his duties as an assistant principal at LMS.

Lafayette will play in seven matches before coming across their first region opponent on the road at Lake Cormorant. The Lady Commodores will also face defending 5A state champion Center Hill along with Saltillo in their region. All members in Region 1-5A will play each other twice during the regular season. Senior night will be October 5 when they host Cleveland Central. The Volleyball edition of the Crosstown Classic will occur twice this season inside the LHS Gym on August 31 and then at Oxford on October 6.

Poole did say a detailed plan on how many fans will be allowed to enter and under what specific guidelines will be revealed next week after she meets with Lafayette Athletics Director Greg Lewis.

Lafayette’s first game will be at home against South Panola Monday, August 24. A complete preview of the Lafayette Lady Commodore volleyball season can be heard on the OLR Sports Podcast on Apple Podcasts here: https://podcasts.apple.com/us/podcast/episode-9-lafayette-volleyball-preview/id1504787827?i=1000488137731