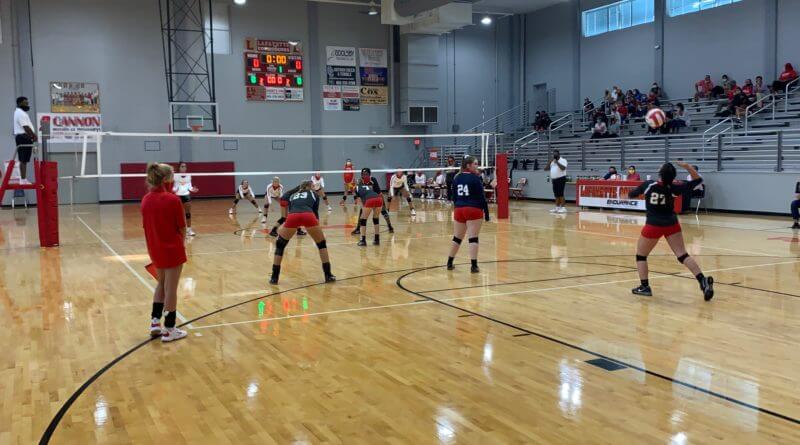 Everyone has waited patiently for this day to come, 167 days to be exact.

The last time Lafayette played in an athletic contest was March 10, and everyone able to enter the LHS Gym was glad to either play, coach, work, or watch the match. The Lafayette Lady Commodores made easy work of the South Panola Lady Tigers 3-0 (25-10, 25-8, 25-15) giving Lafayette head coach Kelsie Poole her first career coaching victory in her head coaching debut. More than anything, Poole and her team was just ready to play after more than five months of no high school athletics.

“We have been ready to play a game for a while,” Poole said. “Since everything got shut down in the spring, it is so nice to actually play a game. This is the first game that has happened in a while. The kids were excited and I was excited.”

First game jitters got to Lafayette (1-0 overall) a little bit as they were in a see-saw battle early in the first set with South Panola (0-1), but after the Lady ‘Dores took back serve up 6-5, they went on a run that the Lady Tigers were unable to truly stop scoring 19 of the last 24 points to take the first set.

After an easy second set, Lafayette started to struggle in the third set against South Panola as the Lady Tigers scored more points than either of their first two sets and took one of their rare leads of the night at 11-9 before Poole took a timeout to calm her girls down.

“I just told them ‘hey, we are all right, it’s going to be okay, chill out, talk about your seams, you’re good’,” Poole said. “That’s pretty all that timeout consisted of.”

It worked as the Lady ‘Dores relaxed and scored 16 of the last 20 points to end the match. Lafayette was led by Maggie Tower with nine kills and added two blocks. Caitlyn Rhea led all defensive players with 11 digs and added three service aces. Lyla Vanlandingham also had five digs and two kills. South Panola’s Ainsley Herron led the Lady Tigers with two kills, four digs, and a game-high three blocks. In the JV game, Lafayette took care of South Panola 2-0. (25-1, 25-6)

Lafayette’s home game against Horn Lake on Thursday has been postponed to Tuesday, September 15 due to their Volleyball team being forced to quarantine while no plans have been made for their road game at Horn Lake that was previously scheduled for that date. Lafayette’s contest against Cleveland Central on October 5 has also been cancelled and will instead host the Regents Lady Lions for that date.

Lafayette’s next match is at home on Tuesday against Hickory Flat. JV starts at 5 p.m. while Varsity starts at 6 p.m.