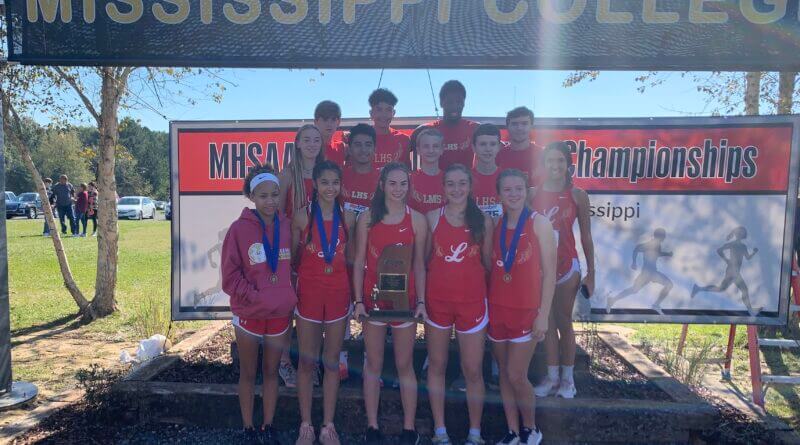 CLINTON – In the MHSAA State Cross Country Meet, the Lafayette Commodores and head coach Taylor Langford weren’t expecting to win, but the goal was to take home some hardware at Choctaw Trails Saturday morning.

Yes, the ultimate goal is to win, but with a very strong Saltillo Lady Tiger team, that was going to prove to be a tall task and one that would require a major slip up by several members of the Lady Tigers which did not happen. Saltillo won the girls 5A Title with a very low 22 points, just seven points shy of a perfect score.

“We had a great summer, possibly the kids being locked up for three months beforehand had something to do with it,” Langford said about his team’s strong performance this season. “We had a great summer and just coming up with ways for us to practice safely, for us to do things safely and getting them out and back going.”

Langford said that his first season as the head man was a learning curve, not just with COVID-19, but with some of the details to enter meets this season.

“I had to learn how to do all the paperwork (to enter meets) because (former Lafayette Cross Country) Coach (Ben) Mikell wasn’t there to do it, so that’s one it was was just getting everybody registered and getting all the paperwork taken care of which was a little bit more than I thought it was,” Langford said about what he’s learned and how he will remember his first season. “It’s forever going to be linked of course to COVID. Starting in June, we had no idea if we were going to get a full summer’s worth of practice in. Starting in August, we had no idea if we get a season in. We had no idea if we were going to get a meet in. To be able to make it through the season, to finish strong. Our boys team were ranked ninth going into today and they bump all the way up to fifth place today. They just ran amazingly well. I absolutely loved this year and could not have gone any better.”