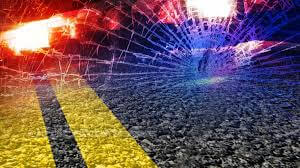 A Thursday wreck between an automobile and garbage pickup vehicle has claimed the lives of three in Oxford.

Father John Ellington, son Lincoln, and daughter Evangeline all passed away from injuries sustained in the crash that took place around 7:43 last night.

The father John died at the scene of the accident while Evangeline and Lincoln died after reaching a local hospital.

The driver of the garbage truck received non-life threatening injuries from the event.